Maghaberry Elim is a vibrant, growing, hope-filled community of people who have found life in Jesus. We’re just a group of ordinary individuals whose lives have been changed by an encounter with an extraordinary person, Jesus.
We would love you to join us at one of our Sunday Services to worship Jesus, encounter His Presence and be inspired to follow Him further. 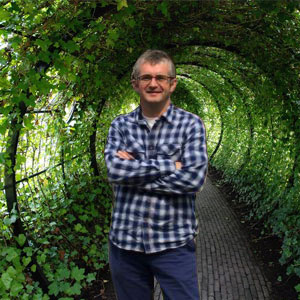 From being offered the position as pastor of Maghaberry Elim in 2000, the congregation has steadily increased. Known for insightful anointed preaching and integrity, Brian has been married to Martine for 26 years and they have 3 children, Michelle, Jessica and Rebekah. Along with three grandchildren Asher, Alba and Avara. His favourite pastimes outside of Church life is football an avid supporter of Manchester United and Linfield football teams! Pastor Brian also enjoys Amatuer radio and holds the call GI0RWO 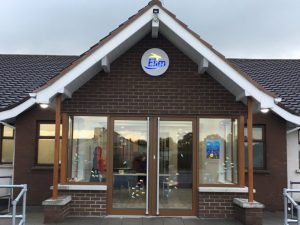 Maghaberry Elim fellowship was started in 1915 and was one of Elim churches first three fellowships in Ireland. Since that time the fellowship worshipped in several locations around the village before settling in its present church location on the main street opposite the local primary school in 1992.
In 2000 the present Pastor Brian Madden took up the call and the congregation has increased in numbers and outreach activities.
With Christ-centred message echoing through the sanctuary on a Sunday night as Pastor Madden shares from the Bible and an anointed worship team draws the congregation into the presence of the Lord, it is common for souls to be saved.
One thing you will be sure off, is a warm welcome!

HISTORY OF THE ELIM

The Elim Pentecostal Church was founded in 1915 by a Welshman in Monaghan Ireland. George Jeffreys was an outstanding evangelist and church planter. He had a Welsh Congregational background, was strongly influenced by the Welsh Revival of 1904, and was introduced to Pentecost by an Anglican vicar, Rev Alexander Boddy of Sunderland.

Between 1915 and 1934, George Jeffreys conducted some tremendous evangelistic missions. This unknown preacher would commence a mission with a mere handful of people, and by the end of the week, thousands would clamour for a seat. Amazing miracles of healing had taken place. After the mission, very large churches were established.
The name ‘Elim’ was taken from the book of Exodus where the Israelites exhausted and dispirited en-route from Egypt’s cruel bondage to the freedom of Canaan came to Elim an oasis in the desert where there were twelve wells of water and seventy palm trees. Exodus 15.27.
As the Movement grew with amazing rapidity against the background of dramatic decline in the historic churches, it proved to be a fitting symbol of spiritual refreshing.
Elim continued to grow despite the ravages of World War two and other difficulties and soon established itself as a Pentecostal power in the evangelisation of the United Kingdom. Today, there are over 500 churches in the home land, and nearly 9000 world-wide.
Ministers are trained at its official residential college in Nantwich- Regents Theological College, accredited by Manchester University for the B.A. and M.A. degrees. Its global thrust is spearheaded by the International Missions Board, which operates in 35 countries, with orphanages, hospitals and schools as well as churches.
It has a vibrant Home Missions policy and is committed to the evangelisation of the UK and the planting of new churches.
The winning of young people to Jesus is an important part of Elim’s mission, and this is directed by its Christian Youth Ministries directed by the ‘Serious4God Team’.
Elim’s largest church is Kensington Temple in London. Which, via its London City Church network reaches over fifteen thousand people every Sunday.
Elim is a founder member of P.C.U.K. an alliance of all the main Pentecostal denominations representing the 17,000 Pentecostal churches in the UK.
Elim Today
Elim is committed to growth. Its highest priority however is in ‘building bigger people’. Elim believes that, as its members discover their destiny and are equipped to fulfil God’s kingdom priorities through spiritual maturity, numerical fruitfulness will ensue. This is achieved through discipleship programmes, cell groups and the ongoing ministry of the church.
Many of Elim’s 500 churches have community programmes that reach across to those who are marginalised within society. We understand that God is concerned, and committed to, the ‘whole’ person.
The governing body of Elim is its Conference which meets annually. Between conferences direction and oversight is given by the National Leadership Team headed by the General Superintendent.
Elim churches combine strong Bible-based teaching with a dependence on the anointing of the Holy Spirit to fulfil its mandate of evangelism and the strengthening of its churches.